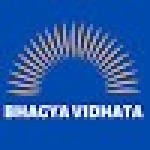 Fact check : – Recently we got a viral message which claimed that Bharat Biotech’s COVID 19 Vaccine COVAXIN is Approved for Children below 18 years. So here, know the truth of the message that goes viral.

The 2nd wave of Corona is causing spreading in the country. At the same time, Vijay Raghavan, Principal Scientific Advisor to the Indian Government has warned that a 3rd wave of corona is set to come in the country. Experts say that the impact of 3rd wave can be seen on children.

Along with above news a WhatsApp message is circulating that claims that Bharat Biotech’s COVID 19 Vaccine COVAXIN is Approved for Children.

A tweet has claimed that Bharat Biotech’s vaccine, Covaxin, has been approved for children above 12 years.#PIBFactCheck: This claim is #Fake. No such approval has been given by the Government of India. Currently, citizens above the age of 18 are eligible for #COVID19Vaccination pic.twitter.com/qdzBSfwllq

The PIB (Press Information Bureau) of the Indian Government has denied this news. PIB tweeted that the claim being viral on social media is fake. No vaccine has been approved for children in India yet.

Currently, the vaccination has been allowed for people above 18 years of age.

However, the SEC (Subject Expert Committee) of the CDSCO (Central Drugs Standards Control Organization) on Tuesday approved the 2nd and 3rd clinical trials of Bharat Biotech Covaxin on children aged 2 to 18 years.

Let us tell you that Bharat Biotech has prepared covaxin in collaboration with Indian Council of Medical Research. In India, the covicillin vaccine is also being used along with the covishield being made by the Serum Institute in a vaccination campaign against Corona.